Long post about misogyny, homo- and transphobia, and how all of them blend into each other and can't be separated from each other. TW examples of all three.

You will certainly agree that a huge part of misogyny is the devaluation of femininity. To a man, a gay man or a trans woman (he doesn't care to tell the difference) has betrayed masculinity, forsaken his birthright, and chosen the wrong side, the weaker sex. To a misogynist, that's an unforgivable sin.

Similarly, a lesbian is seen as a woman trying to appropriate masculinity for herself when it's not hers to take. So misogynists effectively know four functional genders: man, woman, not man enough, not woman enough. As Butler puts it, gender is a performance, and society punishes those who underperform.

Discrimination against women is therefore not on the basis of their SEX but rather on the basis of their ASSUMED sex. Before a man catcalls or assaults a woman, he doesn't check her chromosomes, he sees someone looking like a woman and assumes she is one. That alone already makes ‘biological sex’ largely useless here and demonstrates how you can often not separate ‘biological sex’ and gender: effectively, what matters in life, is almost always gender. But I digress.

Devaluation of femininity. Pink is for girls, blue for boys; good jobs are for men and housekeeping is for women. All basic examples of misogyny. So when a man wears lipstick and the guys around him assume he's gay and insult him for it, they assault his masculinity, see him as like-a-girl-but-not-quite: a man who has forfeited his masculinity because he has indulged in ‘girly’ things, or even worse, because they assume he takes it up the arse. A man performing what misogynists consider the role of a woman (getting fucked)? The ultimate threat to masculinity. So they punish him for acting like a woman.

That is rooted in misogyny. That IS misogyny, at its core. The devaluation of femininity and the enforcing of a clear binary. You can't change your sex, misogynists say, but if you act like the other one (again: they don't differentiate between gay and trans), we'll punish you by abusing you as if you were a woman.

Men keep each other in line with implied threats of abuse. Be a manly man, or else. Any man who toes the line, who breaks out of gender roles, who dares be effemminate, gay, trans, has to suffer as much, or worse, as women do, to be a deterrent so that no other man may dare to transgress. ‘If you act like a woman, we'll hurt you like one’ is the governing rule of toxic masculinity.

If femininity is lesser and masculinity better, then a man embracing femininity is a traitor – and what is that world view if not misogynistic?

‘Biological sex’ is virtually irrelevant. When was the last time your chromosomes mattered? If we apply a broader definition and include hormones, the activation of certain genes, etc., then your ‘biological sex’ may matter at the doctor. But what matters in real life, what you are discriminated for, is your gender. When discrimination is based on guesswork, we can't call it sex-based. If misogyny were sex-based, trans women would never be catcalled, and yet we are.

Misogyny is the devaluation of femininity, elevation of masculinity, and violent enforcement thereof. And in that, homophobia and transphobia are rooted in it, or even forms of it. Homophobia punishes gay men for being effemminate, being woman-like objects but not real women (just think of all the ‘it's not gay if you're on top’ rapey jokes) – and punishes trans women for being woman-like objects but not real women (in the eyes of misogynists, anyway). On the flipside, homophobia punishes lesbians for daring to act like men and breaking the confines of what misogynists think women should be allowed to do, and it punishes trans men for, you guessed it, the same reasons.

And it's about sex, too. Misogyny against cis women is (simplified) ‘I want to fuck her and she mustn't talk back’. Transmisogyny is ‘I don't want to fuck that by accident’. Homophobia is ‘he lets others do to him what I do to women’ (because misogynists always think of sex as something women don't enjoy and that's purely for men's pleasure). Transmisandry is ‘that woman wants to be the one who does the fucking’ and lesbophobia is ‘I want to fuck her but she won't let me’.

When a cis het man catcalls a trans woman, he does it because he thinks she's a cis woman. He's seen her and guessed her gender. And when he rapes and murders her, he does it because she has committed the ultimate sin, to forego her male birthright and side with the enemy, the ‘weaker sex’. It's revenge for violating the gender binary she, as a ‘man’, is supposed to uphold.

You cannot meaningfully separate misogyny, homophobia and transphobia. They all boil down to the devaluation of the feminine in all its forms, the elevation of the masculine over the feminine, and the violent enforcement of this binary hierarchy and the roles that come with it.

Context: I wrote that in reply to a birdsite terfascist and figured it's too good to leave it in their replies.

One addendum: misogynistic cishet men are terrified of the idea that ‘one of them’ (be that a gay/bi(+) man or a trans woman) might take it up the arse and enjoy it, because that concept threatens the core of their self-image: that they were made to fuck women and women were made to take it whether they like it or not. I'm not sure what scares them more: that someone may fuck them the way they fuck women, or that someone may fuck them and they might enjoy it. They refuse to think about it and instead take out those doubts on other ‘men’ (cis men or trans women) who deviate. 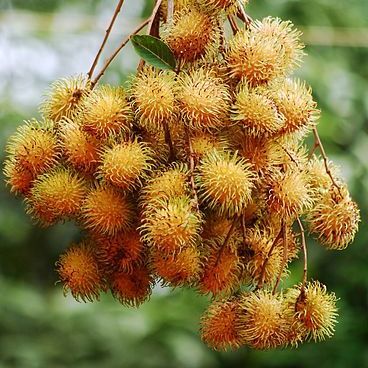 wow, yeah, that breaks it all down very well

@amberage Really good text, thank you for sharing it. There are some ideas in it that are spot on.