I made this post on Twitter, and I'm begging everyone retweet it, hopefully as a "Quote retweet" with your own request to @teamyoutube demanding why they ban me for ALREADY CENSORED content while there are entire channels with nothing but fully naked, fully uncensored content that don't get banned. 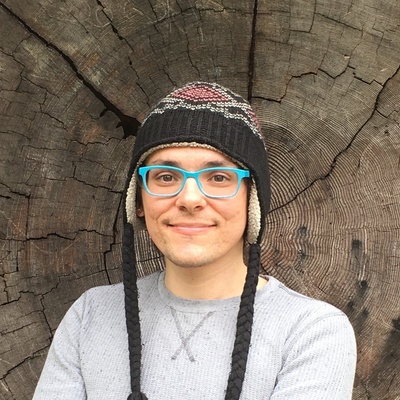 @toplesstopics My guess: Normalizing Nudity account is demonetized and censors their thumbnails, so YouTube keeps them around.

@toplesstopics You probably know all this, so I don't know why I'm reiterating it. 🙃

The guy interviewed you as well, right?

@trey the guy is actually really cool, you should listen to my interview with him at https://www.toplesstopics.org/normnude/ . And yes I did a video for him as well--he had it up on his channel for over a year where it racked up over 10 million views (and hundreds of profane comments of course) until it got banned, I presume by my same cadre of haters false-flagging it. Just so weird that he still has all those other videos of uncensored fully naked women that DONT get taken down.

@toplesstopics I hate to say it, but that guy was referencing me in your video. Back then, I was rather, well, let's just say I was militant (as you described). I didn't run him out of reddit, of course, but I was critical of his work.

I mostly just hate running into opaque naturist content creators that don't put a face to their content. It's hard to really trust their content and its meaning.

However, your interviews with him cleared that up for me—mostly.

@trey I can't blame him for blurring his face out, when his real life work and personal relationships could easily be sabotaged by bad faith actors spreading his image. I'm extremely privileged that as a freelance graphic designer, I don't have to attach my face to my work--and actually, I've found more jobs THROUGH my community than I did before.

@toplesstopics I guess I should have said any humanization rather than face. Even some text explaining who they are would be wonderful, you know? Thankfully your video handles that because he speaks for himself.

@trey He only censors some of his thumbnails, though--usually he uses one of the auto generated screenshots that youtube picks, and in most cases gets away with that. Also my entire youtube account was age-restricted for a long time, and that still didn't stop them from banning my videos.

I'm afraid the only logical explanation IS that I have a cabal of haters who report everything I post, and because of all their successful false bans in previous years, I'm blacklisted everywhere so it only takes a single false flag to get a new video taken down--even fully clothed ones, as "nudity"

I don't think there's a solution, except if I really do finally get the "clout" from enough public outrage that Youtube goes "whoops we didn't mean to ban you, that was an error, here you go you're not banned anymore!" as that's the only thing that's worked for others before. For every viral "look at this bullshit ban that this platform is now suddenly backpedaling from," there are countless cases like mine, that DON'T go viral and thus get no justice.

@toplesstopics Faceless social media giants are always a black box of reasoning. Maybe some day they'll wake up and be more transparent, but it's doubtful. They're likely drowning in moderation. Another reason why bespoke social networks like body.social and eldritch.cafe are valuable—moderation on a much smaller, human scale.

My point was more about how these things were hidden or obfuscated or omitted (by accident perhaps) from us, so it just felt... strange, I guess, and left me a little less trusting and a tad more critical.